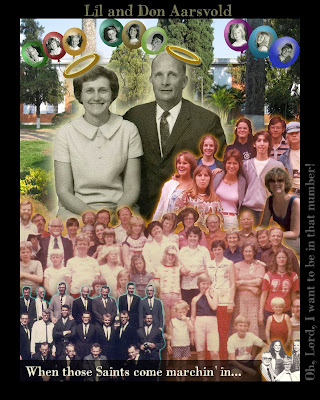 There were about 20 or 30 American Lutheran missionary families in Brazil at any given time between 1962 and 1980.  The mission set up a hostel a few blocks away from the Escola Americana de Campinas, EAC, where most missionaries sent their kids to get an American education.  Don and Lil Aarsvold served as house parents for a couple of decades, raising these children in an environment that felt safe and nurturing to most of the children who lived under their care.  Many of these kids formed life-long bonds that continue to this day, decades later.

Uncle Don and Aunt Lil, as we knew them, seemed to have endless cheer, good-will, and were tireless in making us feel at home.  I went to EAC for high school, 1977-1980, and by the time I got there, most of the missionary kids had either gone on to college or now studied in the Brazilian school system, staying at home with their families, so there were only a few of us occupying this huge building.  1977 was also Uncle Don's and Aunt Lil's last year of service.

They were replaced by a Brazilian couple, Ronaldo and Odete, who remained until the facility was closed down a few years later.  I believe that it is now a Senior Citizen's home.  Thomas Grant, one of the missionary kids, visited a few years ago and shared a current photo of the entrance:

Uncle Don celebrates his 90th birthday today and many of the missionary families are converging on their daughter's farm in Minnesota to honor him and Lil.  My parents and brother will be there.  I had hoped to go, too, but the 12 hour drive just didn't work out.  I celebrated my 50th year in January and most of the "kids" are now grandparents themselves.  Life goes on, but those early years have always stayed with us!

We were asked to contribute a page for a book that will be given to Uncle Don and Aunt Lil.  I made the photo collage at the top of this page and my Dad printed it out. I think it came out quite well!  You can click on any of these images to see larger views.

My parents will send me some photos and I'll post them here for "posterity".

Don and Lil Aarsvold dedicated much of their life to children and young adults.  Don wrote about his calling in 1992:


There have been some things that have been laid upon my heart lately that I would like to write about. As I’ve been reading recently regarding various missions, missionaries and their work, I am reminded once again of our (my wife and I) ministry with the American Lutheran Church Mission in Brazil from 1967-1978. The following six years we spent in Anaheim, CA as Resident Counselors at the Lutheran Bible Institute. Throughout these years of ministry, many students would ask the question, “How come you left the farm to enter mission work, after twenty years of farming?” Well, it’s a long story, and this is how it all came about...

In my late teenage years I became convicted of my uncommitted life to Christ. My pastor helped me through this time, as I yielded my life fully to the Lord with a desire to live for Him and to serve Him wherever that might be.

I grew up on a farm and helped my Dad as a kid and then later worked on two other farms as a hired farm hand. During these years I had a very fine Christian girlfriend with whom I could share my thoughts and feelings. We talked and prayed a lot together! After one of these evenings upon my return home, I had a time of Scripture reading and prayer, went to bed and to sleep. Later, I was awakened by a vision in my room. It appeared on the ceiling - first like clouds in the sky and then gradually it became a map of the world. It sort of frightened me at first and then I remember saying -“What’s going on, Lord?” As I watched, one country after another disappeared except one - and that one remained, namely South America, and finally that disappeared too. I then remember saying, “Lord, are you trying to tell me something? If so, I want to be open to your will.” Needless to say, I shared this experience with my girlfriend and we prayed a lot regarding God’s will in our lives.

In 1946 we were married. By the way, she was Lillian Peterson of Kasson and a school teacher in the area. I continued farming and she teaching in the country schools. We purchased my home place south of Kasson and in the years that followed we were blessed with four children, Dennis, Cheryl, Mark and Donna. We were enriched in our church life and outreach to missions in various ways.

Then...in 1967, we were faced with a call to missions in Brazil, S.A. One of our first thoughts was regarding my vision in 1943 of So. America! Well, after much prayer and seeking God’s guidance, we made ourselves available to ALC Missions in April - with a specific call to minister as Houseparents to missionary children. In June, after our interview with the National Board we were extended an official call and would enter that field of service in late Dec. of 1967.

I just think it is so great to know that the Lord is concerned for His children and to realize how “right” his timing is! Just as surely as we knew He was calling us to Brazi], we also knew when our time there was finished. Our last year there once again became a time of searching as to God’s plan for us upon our return to the U.S. which would be in the Spring of 1978. Through a newsletter we received from the Lutheran Bible Ins titute in California we read that LW would be moving from their residence (a Lutheran church building) in Los Angeles to a new campus in Anaheim. Their plan was to be moved and begin classes there in January of 1979.

Again, I felt led to write to the Director of the School to inform him of our resignation from the Mission in Brazil and that we would be returning to the U.S. in 1978. I also shared with him our desire to continue in Christian service work and asked if there would be an area of service at LBI that we could fit into. It wasn’t long before we received a response from the Director (Pastor Frank Wilcox) who wrote they would indeed be needing a lay couple to be Resident Counselors at the new campus. He asked if we would visit with him in May (‘78) upon our return which we arranged. We felt good about our interview with him, but he at that time could not promise us a position there because of finances, etc. The Board of LBI was very interested in our application and certainly hoped and prayed that it would work out. That summer we continued with AbC Missions in Deputation work, etc. We continued in prayer regarding the LBIC possibility. Then...early in October we received a letter of call from LBIC to serve on their staff, beginning the first of Jan. 1979. We accepted this call with grateful hearts, being assured again of God’s faithfulness to us. He is “great and greatly to be praised!” Psalm 96:4a. We had six wonderful years of blessing in serving there with staff and students.

In one’s lifetime there are things that happen that I feel are important to “Family.” I often wish our children could have known my Dad (their Grandpa Aarsvold). He just loved children! I am thankful they knew and loved Grandma Aarsvold, as she was a wonderful person too.

I had a home life that was so meaningful. Dad and Mom loved the Lord and they lived their Christianity, which I never had reason to question. To be sure - we were not rich in worldly goods, though we always had sufficient food, clothing, a nice home and loving care. Our physical and spiritual needs were met, both in our home and at church.

I often wish my Dad would have left some writings of special “happenings” in his life for me, my children and grandchildren. I feel strongly regarding the faith stories of our lives and as a Christian parent, I trust and pray the spiritual part of life will never be taken for granted, but that it will be nourished and grow in faith, hope and love. There is real joy in living for the Lord and serving Him wherever we are!

“My God is Real” is what He has laid on my heart to share with you; and though you, my children, know all about what I am writing, I want my grandchildren and great grandchildren to know as well, so therefore [I] would like to pass [it]on for posterity. Thank you!

Translate This Page To: 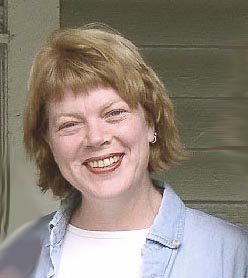 Biels in Brazil documents some of the experiences my family had during our mission years in Brazil from 1962-1980. My father was an amateur photographer and had a dark room in our house and my Aunt recently returned letters that my mother had written during that period.

Although the blog springs from our experience, it would be nice to include others from that same time period, providing a unique snapshot of a special time and place in Brazil's history.
If you have photos or stories from that time period you that would like to submit, you are welcome to send them to me.

And, of course, we would all enjoy reading your comments! You might be able to identify people in the photos or add more context to the stories told. Please visit my other blog, Fiber Focus, too!

Comments: Each entry has a link at the bottom that allows you to leave a comment. Click on that and a new window will open where you can write. 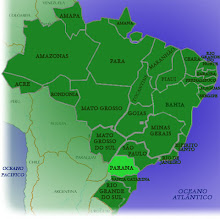 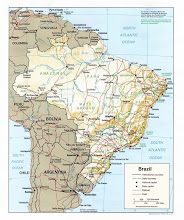